Theresa May chooses £226 of Luxury Legs hosiery after becoming PM 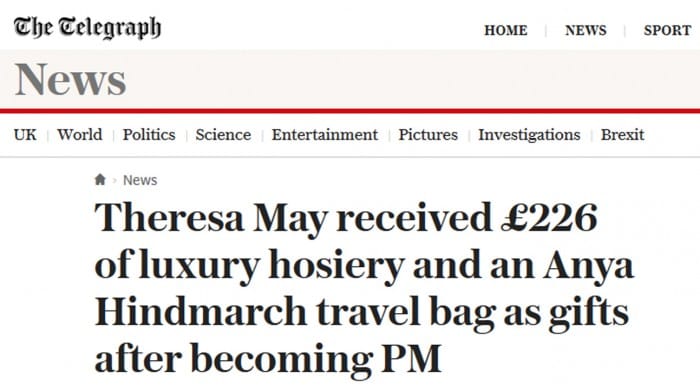 It’s already been established that Theresa May, UK Prime Minister, has an elegant scence of style. Therefore, it comes as no surprise that the MP has chosen to keep £226 worth of Luxury Leg premium Hosiery.

It lies within the rules that ministers may keep gifts to their discretion that hold a value of £140 or below. Anything over the £140 price mark must be declared and decided for or against by Theresa May herself.

Theresa was sent a vast range of expensive gifts. These included shoes, handbags, and a scarf. Deciding not to keep these, Theresa has had to say goodbye to the gifts, having them all put into storage by the Cabinet office.

Nevertheless, Theresa May decided out of the hundreds of gifts that she received, she would keep the hosiery provided by Luxury Legs, liking them so much that she decided to buy them herself.

See the Article written in The Telegraph below, including comments by the Founder of Luxury Legs:

“Theresa May received £226 of luxury hosiery and an Anya Hindmarch travel bag as gifts shortly after taking office, official records have revealed.

The Prime Minister was sent nine pairs of tights by Luxury Legs, an online company based in Middlesex, in July alongside an array of other gifts including shoes, scarves and cosmetics.

Under Government rules, however, ministers are barred from keeping gifts if they cost more than £140 amid concerns it could create a conflict of interest. She liked the tights so much that she decided to buy them herself.

It comes after Mrs May was criticised by Nicky Morgan, a former Education Secretary, for wearing £995 leather trousers while pledging to help those who are “just about managing”.

Mrs Morgan was subsequently banned from Downing Street by Mrs May’s chief of staff and Conservative MPs over the row. Tory MPs lined up to defend the Prime Minister.

Stephen and Madeleine Sheldon, who own the business, sent Mrs May the tights after noticing her interest in fashion.

Mr Sheldon said: “If you’re in fashion and you’re in tights you look at what people are wearing. It was my wife’s idea to send them to the Prime Minister.

“We only stock premium brands, which means they are a much better fit, much better look on the leg and a great range of colours.

“We know that she likes fashion and we were looking at her legs and the colours she wears. We didn’t send her just black, we sent her skin-toned and neutral tones.”

The only other gift that she decided to buy was a scarf from Halcyon Days, a luxury retailer in Mayfair which sells an array of bright scarves which retail for as much as £345.

How to Have the best Alternative Christmas! 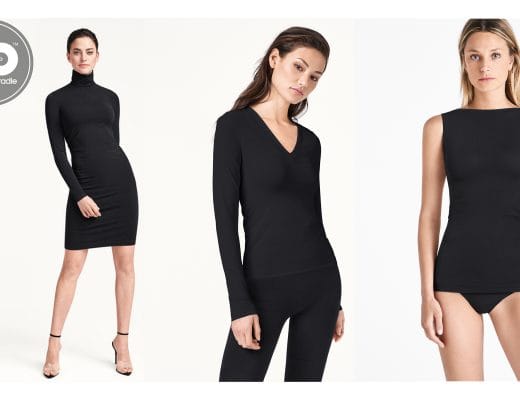 Spotlight On: The Wolford Aurora Collection 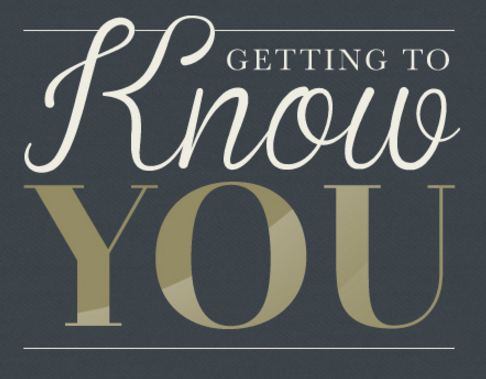